A traditional European stone format of long, thin pieces of stone. With their ability to endure heavy loads, filetti can provide an alternative to Cobblestones. 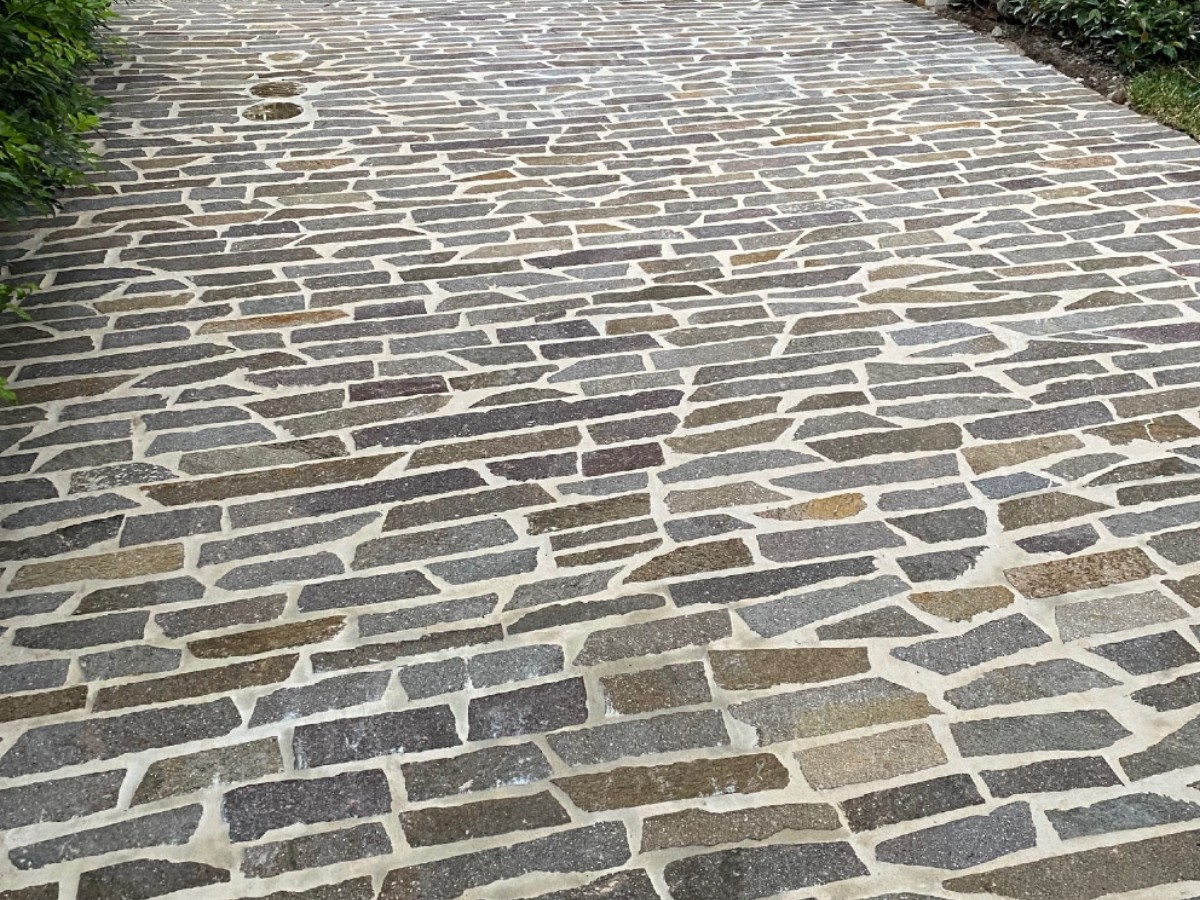 Filetti is a traditional format of paving stones that have been used in Europe for centuries. Filetti are hard-wearing thin long pieces of Porphyry stone laid in a similar way to Cobblestones.

The random irregular shapes of Filetti stones can present an opportunity for bespoke design and a one-of-a-kind flooring solution.

They can be used in conjunction with other materials and pavers or provide visual interest and textural relief across large areas.

Porphyry is a volcanic rock with a layered structure in variable thicknesses which has light coloured crystals of Quartz or Feldspar. Flat Porphyry slabs with a natural quarry plane are sufficiently rough to pave floors and clad walls.

Porphyry stones are desirable for their durability, extreme resistance to pressure and chemical attack, non-slip properties and colour variety.

Porphyry stone has a rich history, has been used in ancient civilisations for centuries in Roman, Babylonian and Egyptian architecture.

In Roman times, Porphyry stone was considered a symbol of great prestige and royalty. It was often used for columns, sculptures and royal objects.

The testament to the supreme durability of Porphyry stone is that the Roman roads paved in Porphyry still survive today.

Building for the Future: Selecting the Right Cobblestones

How to Create the Perfect Alfresco Area?

For expert advice, get in touch with our natural stone specialists.