Originating in Ancient Rome, crazy paving is a method of laying stones of irregular size and shape in a random manner. 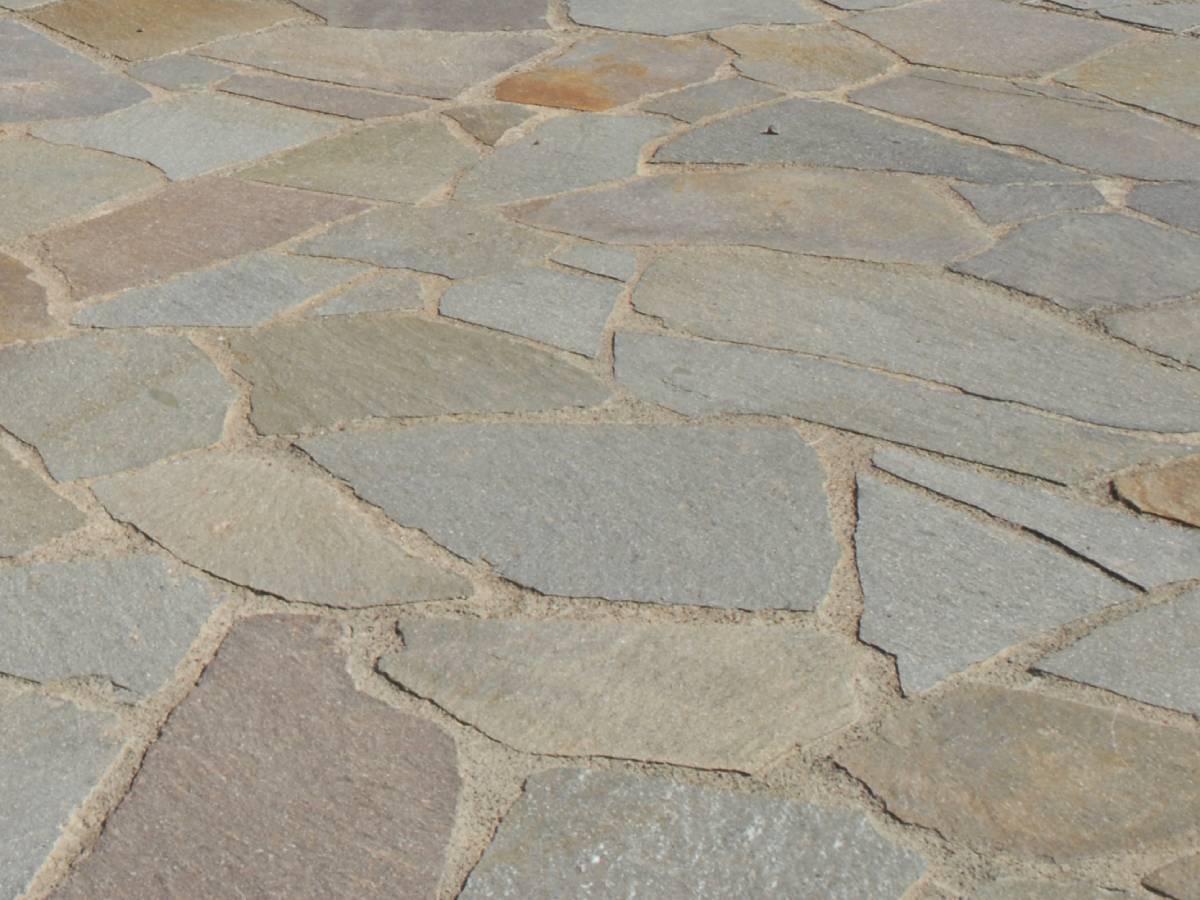 What Is Crazy Paving

Crazy paving, also referred to as flag stone, is a paving style consisting of irregular stone pieces random in size and shape. This creates a one-of-a-kind pattern similar to wall cladding since no two projects will look the same.

Some of the advantages of crazy paving are flexibility and freedom of design. The crazy paving works well in unusual floor shapes and can adapt to the unique curves of your landscaping.

Porphyry is a volcanic rock with a layered structure in variable thicknesses which has light coloured crystals of Quartz or Feldspar. Flat Porphyry slabs with a natural quarry plane are sufficiently rough to pave floors and clad walls.

Porphyry stones are desirable for their durability, extreme resistance to pressure and chemical attack, non-slip properties and colour variety.

Porphyry stone has a rich history, has been used in ancient civilisations for centuries in Roman, Babylonian and Egyptian architecture.

In Roman times, Porphyry stone was considered a symbol of great prestige and royalty. It was often used for columns, sculptures and royal objects.

The testament to the supreme durability of Porphyry stone is that the Roman roads paved in Porphyry still survive today.

For expert advice, get in touch with our natural stone specialists.

Open from 8:30am to 5:00pm Monday to Friday and Saturday morning by appointment.